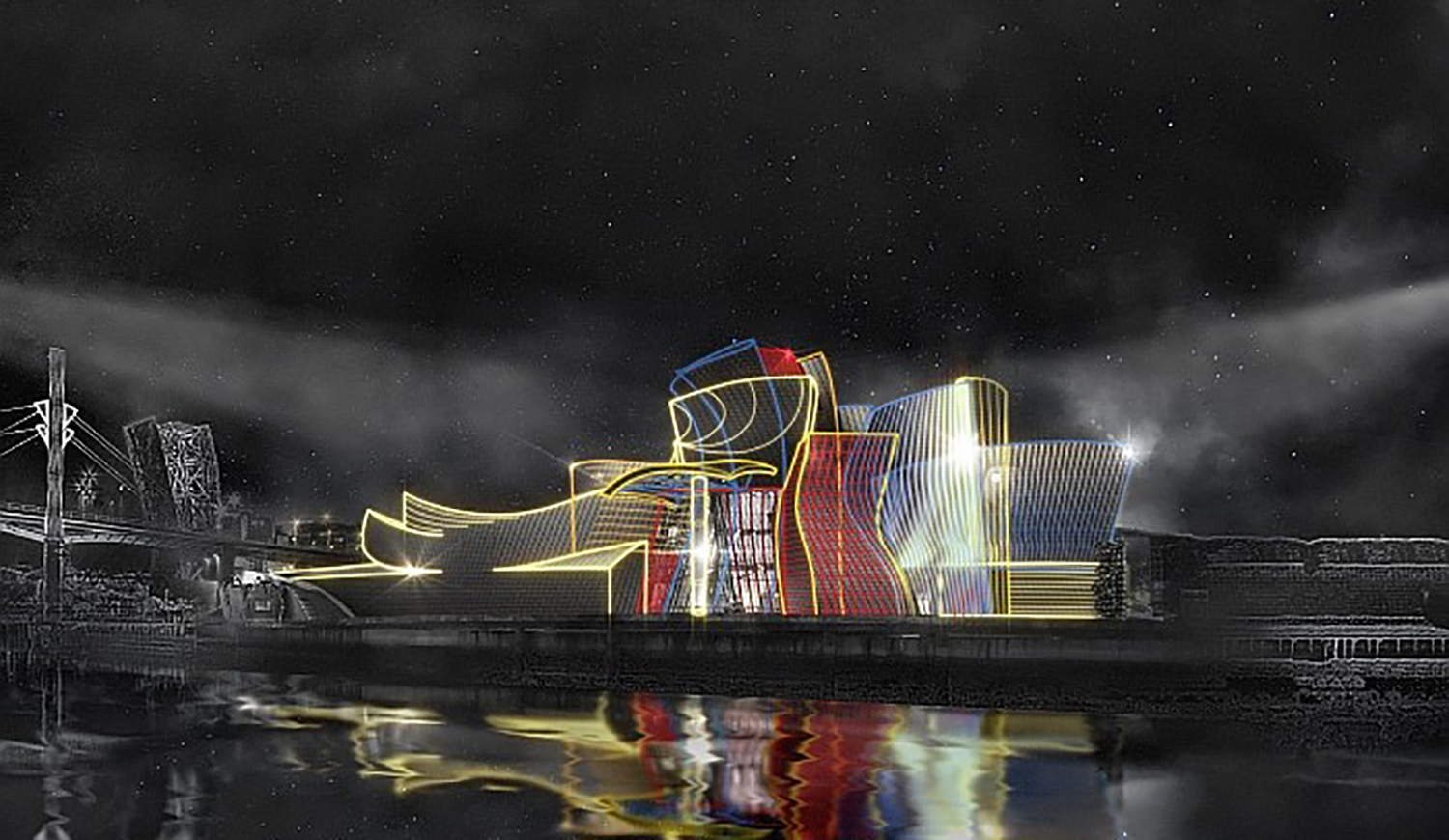 The Guggenheim Museum of Bilbao holds this week one of the most important events of the year. The celebration of their 20th anniversary!

A big event is taking place, with lots of shows full of lighting and different sounds. From wednesday 11th October to saturday 14th.

Four days in which the city will celebrate the opening of one of the most famous museums in the whole world. An estimated call of 200.000 people will join this event.

The show “Reflections” has been designed by the British company 59 Productions, which organised the Olympic Games of London in 2012.

A very big show to celebrate 20 years of the history of the most representative building of Bilbao.

It will include image screenings and lighting efects, that will be showed over the front of the building, built by the worlwide famous architect Frank O. Gehry.

The performances will have an approximate lenght of 20 minutes and will take place from 20:30 to 23:30.

Each performance will tell the story of two decades of history and creativity in Bilbao. Inspired by the story of the city, as well as the visionary design of master Gehry and his constant interest in light, texture and movement.

The Guggenheim Museum will be transformed into a whole new building, something any Basque person or visitor shouldn’t miss out.

La Avenida de las Universidades will be closed between the streets La Salve y Hermanos Aguirre from 19:30 until the end of the show at 23:30.

In addition, el Puente de la Salve and the Pasarela Pedro Arrupe will be closed to people during the show. You have to access on time.

On the other hand, Police and Ertzaintza have instaled a special security team for the event. Uniformed patrols will be around the area to secure the safety of the citizens. 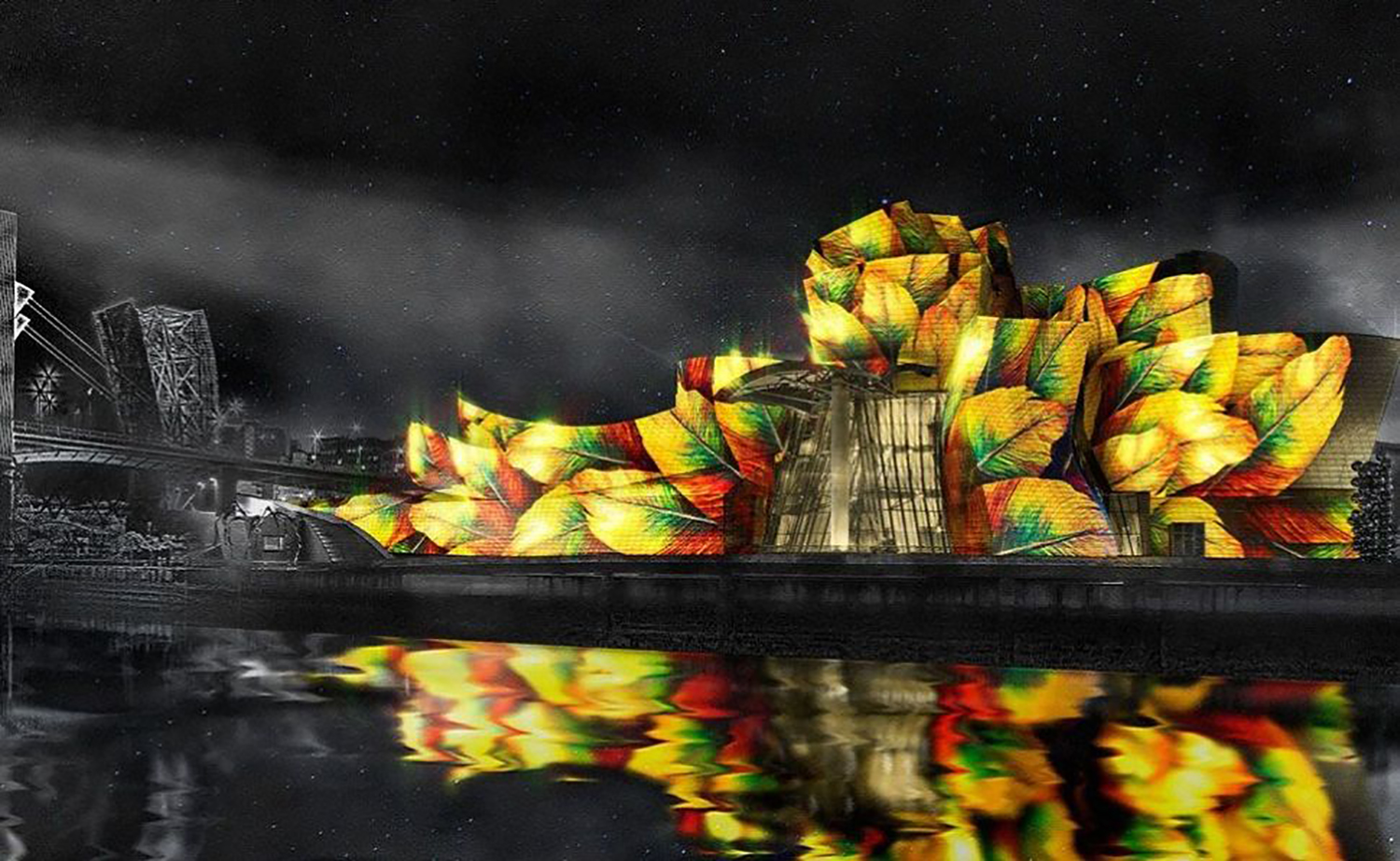